This is the complete 6 DVD set of Mario Sperry Master Series One. This is Mario Sperry’s first series on Sport Jiu-Jitsu and is widely considered to be one of the greatest instructional series ever produced on Sport Jiu-Jitsu. This series also stars World Champion Murilo Bustmante! These DVDs are loaded with the very best techniques from two World Champions! If you want to be the best…learn with the best!

This is the complete 6 DVD set of Mario Sperry Master Series Two. World Jiu-Jitsu Champion, Mario “The Zen Machine” Sperry returns in Master Series 2 to deliver the most advanced sport set ever. This is one of the most popular sets he has ever done and contains the most advanced Sport Jiu-Jitsu techniques we have ever put on video. Learn Mario Sperry’s devastating clock choke that defeated two Gracie’s in one year. 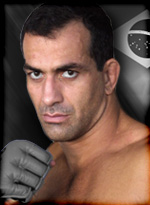 Mario Sperry’s instructional videos are without dispute the most popular and highly recommended grappling videos ever produced. The flagship of the World Martial Arts video line, Mario’s tapes have become a world-wide favorite for thousands of students and fighters alike. His series cover Vale-Tudo (No Holds Barred and mixed martial arts), Sport Jiu-Jitsu and Submission Grappling.