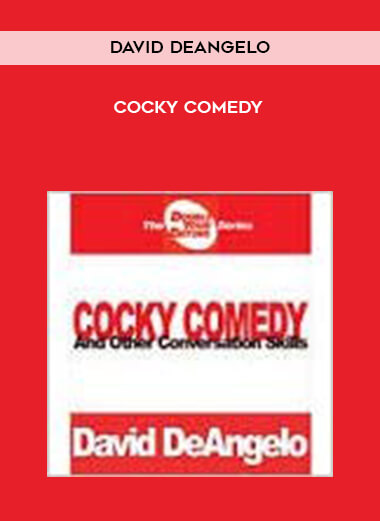 One of the most obvious “common denominators” that I found when I was meeting guys who were “naturals” with women… was their ability to make women LAUGH and SMILE. The more I saw this, the more I thought that these guys must understand how to be “funny”. This turned out to be only PART of the equation. The REST of the equation was the HOW. After observing many interactions between men and women, I started to notice a pattern… Many of the things that the “successful” guys were saying to women weren’t what you might call “nice”. They weren’t sweet, affectionate “please like me” words. And they weren’t a bunch of “jokes” that you might hear from a stand-up comedian. No, this was something different. One of my friends tried to describe it to me using the words “cocky” and “funny”. And I noticed that he would often make arrogant, condescending, sarcastic remarks to women… that were somehow “OK”… because they weren’t entirely SERIOUS. I eventually came to understand this technique, why it works, and how to use it. And I have to tell you, it’s one of the most EFFECTIVE techniques you will ever learn for creating ATTRACTION. In my program “Cocky Comedy”, I’m going to teach you the “roots” of humor. I’m also going to teach you all about why humans laugh (it’s not why you think). As a matter of fact, think about it for a minute… The next ten times you hear someone laugh, ask yourself “Did they just hear something funny?”. The answer will almost ALWAYS be “no”. People only laugh in response to humor on RARE occasion. Most of the time, we’re laughing in response to something that contains no humor at all… like another person talking about the weather… or about a work situation. Laugher serves an important purpose that is WAY beyond humor. And it is a way that women communicate INTEREST in men, as well.