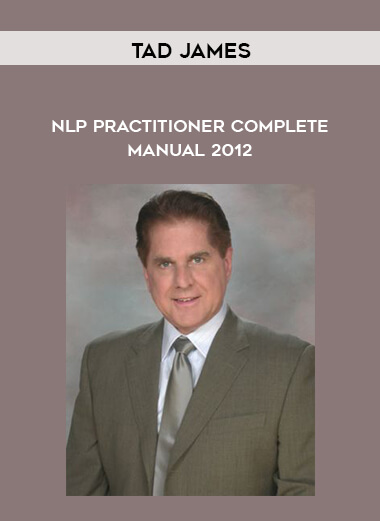 Dear Master Practitioner, Welcome to the NLP Master Practitioner Training. I believe that you are in for a wonderful experience in the next two weeks, one that you will cherish for years to come. Newport Beach is really fun. Your trainers have spent a lot of time here over the years so if you have any questions about the area or what to do while you’re here, just ask. We have done everything we can to make sure that your learning environment is the best that it possibly can be. All of us here at the training are available to answer your questions, clarify points, to help you learn a pattern, to discuss the finer points of NLP, or just hang out.

The manual you are now reading has been specially designed for readability. The typeface used in most of the body copy is called Century Schoolbook. It’s probably the same typeface that was in the book when you learned to read, so it’s one of the most readable. We did it in 14-point type, so it should be very readable. So, here we go. It’ll be an intense 2 weeks, but when we’re done we’ll celebrate. One of my outcomes is that we get to know each other so I can assist you in your outcome for being here. So, let’s do it! – Tad James, MS, Ph.D., Certified Master Trainer of NLP, Creator of Time Line Therapy, Executive Director of the American Board of Hypnotherapy

Attractive and charismatic with a profound ability to bring out the best in people, Dr. Tad James is a staunch believer in the inexhaustible inner potential of human beings. He is an exciting, dynamic transformational seminar leader, and a pioneer in the field of Neuro Linguistic Programming (NLP). As a successful Personal Success Coach and NLP Master Trainer, Tad is the creator of a revolutionary new paradigm for human change known as the Time Line Therapy(R) techniques. He is the author of 7 books and numerous audios and videos in the field of NLP, including the Best Seller “The Secret of Creating Your Future(R)“.

Tad James was born in Washington DC. From early life his father tried to induce the traditional values and beliefs of friendly competition and hard work in his son. By his own example (he was chairman of the Geography Department at Syracuse University) Preston James set high expectations and wished that Tad should be the most successful in whatever he does in the future.

His mother, Eileen played a significant role in his upbringing. She taught him that everyone is created equal and that all people have an incredible potential locked in their minds which if tapped into can create real miracles. Nerve being trained in NLP, Eileen was always a happy and cheerful person; she used to say “I never let my mind think bad thoughts“. This was a lesson the young Tad never forgot.

Tad James attended Syracuse University, and graduated with a Masters Degree in Mass Communication. He began his career as a manager of a Radio station, ultimately managing his own radio station. At this time the plight of the small business man led him to become a business consultant.

While doing business consulting he realized he could not help everyone he wanted. Even if his Masters Degree was in Mass Communication, he found something missing in the art of communication between humans. He began to research more powerful ways of communicating and creating change in people and organizations, and this led him to NLP. Made the second NLP Master Trainer by one of the creators of NLP, Richard Bandler, Tad quickly recognized the value of high involvement and shorter trainings.

Because of his dedicated and hard work, but especially for his unmatched discovery Time Line Therapy(R) techniques, it did not take long before Tad rose to become a leader in the field of NLP. Today his name is synonymous with NLP excellence. He has trained and certified more successful NLP trainers than even the founders of NLP. His sole aim is to give his best and bring-about the best in every person he meets in his trainings.

Tad James was the first NLP trainer to do a Learn NLP Training in an accelerated format. A leading advocate for expanding the human potential and efficiency, he designed and implemented the seven day NLP training before anyone else. His innovative spirit sometimes led to controversy. Initially met with opposition, his accelerated format for an NLP Practitioner in only 7 days (with pre-study) has later become the standard in the industry.
Adriana and Tad James
In 1988, his invaluable research became more widely known with the publishing of his first book, Time Line Therapy and The Basis of Personality. Since then Time Line Therapy(R) techniques have become a major modality for creating powerful change in business, education, and therapy. Time Line Therapy(R) utilizes a person’s own internal “Time Line” to work with their unconscious minds in a variety of ways; including, healing emotional traumas and eradicating unwanted thoughts, emotions and behaviors.

It has been so successful in its results that it has been utilized for over a decade by thousands of people including psychiatrists, psychologists, marriage and family counselors, social workers, life and business coaches, and even athletic coaches. It is so highly regarded, in fact, that the Council of Psychotherapy in Croatia asked to be trained by “The James” in Time Line Therapy(R) so they could help many of the victims of the war suffering from post traumatic stress syndrome. Tad’s offshoot of it, The Secret of Creating Your Future(R) shows people how to use their same internal Time Lines to realize their goals in life.

Dr. Tad James has been teaching NLP, Time Line Therapy(R) and Hypnosis for over 25 years. He is the president of the American Board of Hypnotherapy and served in this capacity for over ten years. Actors James Brolin and Linda Gray loved his work so much they hosted an infomercial along with Tad back in 1994 that sold The Secret of Creating Your Future(R) via audiotapes. Dr. James has also written 7 very successful NLP books.

In addition to his interests in NLP and Hypnosis Training, Tad is a student, researcher and respected teacher of the healing and shamanistic science of Hawaiian Huna. His two books entitled The Lost Secrets of Ancient Hawaiian Huna, were published in 1998.

In 1999, Tad wrote a best-selling book on Hypnosis. The book Hypnosis: A Comprehensive Guide is now a best seller in the Hypnosis field. In 2001, his book Presenting Magically was published and it details all his training expertise and secrets.

Since 1992, Tad has appeared on hundreds of local and national television programs throughout North America, Europe, UK and Australia sharing his breakthrough techniques and empowering his students.

Throughout his career Tad had only one dream: to empower people to find their best potential inside themselves and together to “Transform the Planet“. He tries every day his heart & soul to make his dream come true. In the twenty-five year period between 1984 and 2009, Tad has traveled extensively teaching trainings and seminars in the US, Canada, UK, Europe, Asia and Australia, sometimes being away from home 11 months per year.

Since 2001, he was joined in his work by his wife Adriana, and together they founded The Tad James Co., one of the world’s leading and most innovative NLP companies. The couple quickly emerged as a dynamic team, and together they developed new techniques and paradigms for prosperity, health and success. Their legacy of life focuses on the success and accomplishment of all their students.

Brian & The SamCart Team – The One Page Funnel Advanced package

Consciousness and Its Implications

Darren LaCroix – GET PAID TO SPEAK BY NEXT WEEK