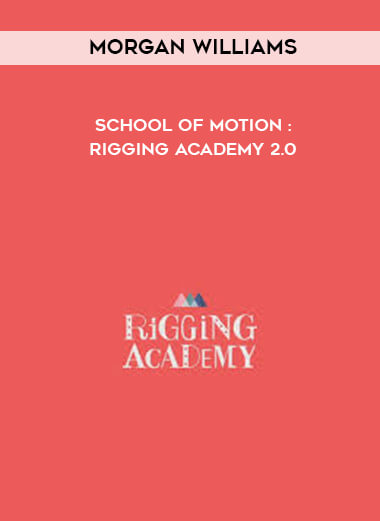 Rigging is the Unsung Hero of Character Animation

Character Animation takes a lot of know-how and practice no matter how you do it. But if you’re working in 2D or 3D animation software, great character animation also takes something else: a well-built rig. A bad rig makes animation difficult, inefficient, and limits the character’s range of movement. A good rig will give you a greater range of motion, but more importantly make the animation process faster, easier, and more intuitive allowing you to focus on the most important thing – the character’s performance.

After completing Rigging Academy you’ll be able to tackle a large variety of tasks. Here’s a breakdown of ways you can apply those skills.

You Can Rig Almost Anything

Rigging Academy covers several parts of the body. You will be able to rig hands, legs, mid-sections of the body, faces, and arms. Maybe you’ll be able to build out that creepy baby doll with spider legs from Toy Story? Neat!

You Can Rig Characters in Any Art Style

Quadrupeds can be a real challenge, they’re fundamentally different than bipeds. In Rigging Academy you’ll grow accustomed to animating different body types across the animal kingdom.

Brian & The SamCart Team – The One Page Funnel Advanced package

Joy Baker – Ascending Through The Chakras