SKU: 7861221 Category: Everything Else Tags: Geoff Thompson, The Fence 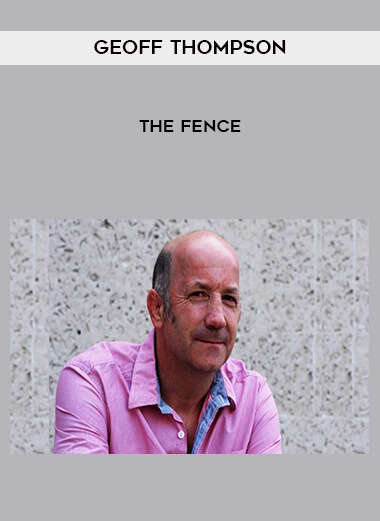 The Fence concept, developed by Geoff Thompson can arguably be seen as one of the most effective, yet overlooked real self defence principles around. The Fence controls the distance between you and your attacker in the run up to an altercation, and allows you to control the situation as your first line of defence.

Geoff Thompson states that it is all very well having a catalog of incredibly powerful techniques or strikes at your disposal, only they are useless without the element of control. The Fence aims to dictate distance and timing, while being relaxed and natural. In many cases, altercations occur, and people immediately throw their hands up in a boxing style, assuming their position to fight. This may work, yet it screams aggression and may simply escalate the situation further, taking the element of control out of your hands. The Fence is unassuming and passive in a way, and aims to diffuse the violence, not increase it which taking up a boxing stance may well do. Subliminally the fence aims to take control of the situation and let the attacker know in some way that you know what you are doing in the hope they will back down due to this deterrent, allowing you to get out of the situation without fighting which can lead to trouble with the law, as well as putting you at serious risk or injury or even death.

The Fence in action

The Fence keeps the arms outstretched, keeping the distance of around 18 inches between the attacker and yourself. It blocks the path of the attackers arms so punches are difficult to throw, as well as the path of the headbutt. Geoff equates this idea of The Fence in terms of building a fence around a factory. The bigger the fence, the more of a deterrent to people who want to break in there is. The smaller, weaker fence will be more susceptible to attack, while the larger stronger fence may not keep people out forever, but will certainly be more effective than a small fence, or no fence at all.

This simple concept is overlooked so often in self defence training, where people become too focused on responding to the attacks, rather than looking at the events leading up to the attack. If we simply respond to attacks, we are already on the back foot and the defensive. You could be very skillful at defending yourself and be winning the fight once it occurs, until the attackers friends decide to jump in and you are suddenly being beaten up by four people at once. The Fence aims to take control of the situation before the physical attacks happen, allowing control of the distance as well as the psychological aspects of the fight. The Fence and its principles should be taught in all forms of martial arts in my opinion due to its simplicity, yet extreme effectiveness.