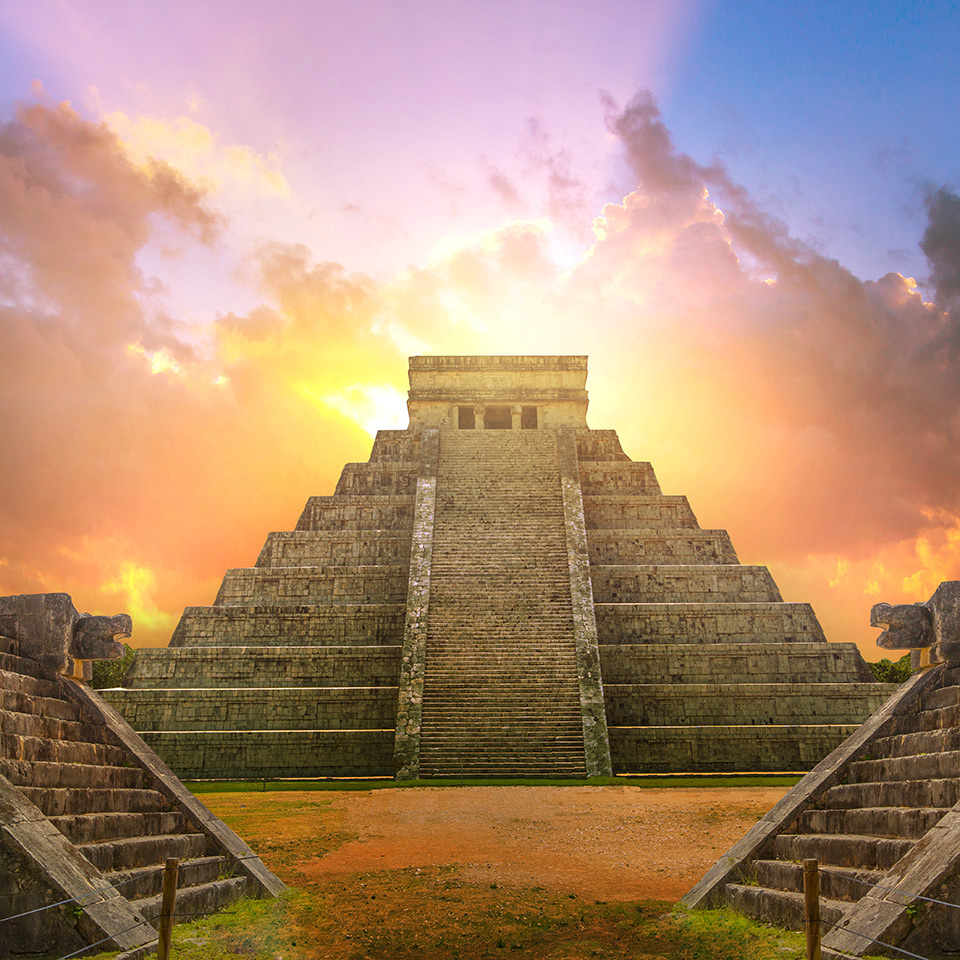 The Maya and the Aztec left their mark not just on the Mesoamerican culture that developed in Central America, but on the entire world. From their farming methods to their food, their warring practices to their art, they continue to fascinate people across the globe.

It’s not just the brutality of their battles or the horror of the human sacrifices they indulged in, but the fact that they created buildings, predicted celestial events that would be impressive today let alone during that period, and developed herbal medicines that are still in modern use that has made them a continual focus of interest and study.

The Maya and Aztec History Diploma Course begins with an explanation of what is meant by Mesoamerican civilisation, who the primary players were and where the Maya and Aztecs fit in within the overall time frame. From this introduction the course splits, with the first half covering the Mayans and the second half, the Aztecs.

We begin the Maya section with an examination of the different time periods over which the Mayan culture developed. From this overview, we move on to examine the political structures across urban and rural areas, and during the different periods of the Maya civilisation. As part of this, you will learn about the Mayan laws, economy, class system, homes, and even the clothes they wore.

You’ll learn about the Mayan religious belief, including the political role of human sacrifice, their belief about the afterlife, what their creation myth was, and who their most important deities were.

You’ll study the Mayan’s grasp on mathematics and astronomy and the concepts that they developed, including their calendars, which were not in use anywhere else. You will also learn about the hieroglyphic writing system that they invented completely separately from Egyptian hieroglyphs. We’ll explore Mayan architecture – including immense pyramids and temples – and their sophisticated town-planning.

Finally, we examine some of the theories that may explain the Maya civilisation’s disappearance. This includes a look at the possible environmental, and human, causes of their demise.

Next, we move from the Maya civilisation to the Aztec with a look at where the Aztecs came from and how they rose to power.

We’ll sample life in the Aztec world – the political and social structures of this hierarchical empire and some of the more surprising elements of Aztec society, including the emphasis on family and mandatory schooling. We look into the religious beliefs and primary deities of the Aztecs, along with their emphasis on human sacrifice and their story of creation, The Legend of the Fifth Sun.

The Aztecs had their own medicinal practices. We consider the role of their doctors, the spiritual influences on sickness, and their expertise in herbalism. You’ll also be introduced to how this great civilisation built their pyramids and the importance they placed on music, song and poetry. To close the Aztec section of the course, we examine how the Aztecs were defeated, moving from the time of the Eight Bad Omens to the siege of Tenochtitlan.

The Maya and Aztec History Diploma Course concludes with a look at the legacy of these two great cultures, including the descendants that live in the lands of their past empires as well as all the things we have today thanks to the Maya and Aztec people.

Module 7: The Decline of the Maya Civilisation

Module 9: Life in the Aztec World

Module 13: Cortés and the Fall of the Aztecs

Sue Falsone – Bridging the gap from rehab to performance