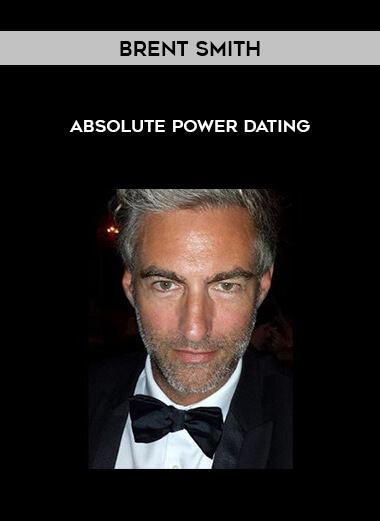 Here you have the complete collection of all videos and audios from Absolute Power Dating (Absolute Power Dating), a coaching company run by Brent Smith (AKA ‘Mr. Indifference’). He has appeared in many programs from David DeAngelo and PickUp101 as a guest speaker.Brent has designed a unique successful attraction system and mindset based on non-pursuing attitudes towards women, but letting them to chase us with very little effort You can notice there is a lot of influence from The Law Of Attraction, Wayne Dyer and Eckhart Tolle, too.
Most of the material uploaded here were available for a limited time only and now you can’t find it nowhere else, but here. So… This is EXCLUSIVE for ThePlace!

A lot of audios and videos are PURE GOLD (you just have to see the filename list, located at the ‘audios’ and ‘videos’ directories), but other ones are more about marketing their products and events (@ ‘extras’ directory). I’ve been collecting them since 2009 and the total number of files are:

Who is Brent Smith?

Brent is widely recognized as one of the top social dynamic, dating, and lifestyle experts in the world. He was one of the original inspirations for David DeAngelo’s best-selling book “Double Your Dating” and is a sought after speaker.

He’s coached thousands of men, over the years, in the art of designing a lifestyle that naturally attracts women (and people in general) and believes in the transformative approach to improving your life. In other words “Change your relationship with yourself, change your life.”

Brent has spent over 25 years on the worldwide social scene traveling to exclusive charity events, private Hollywood parties, nightclubs and lounges. He’s had thousands of social interactions with people all over the world and brings his real-life experiences to you in the no-nonsense, direct style that he’s known for.

Brent has also spent time in the corporate world and prior to his current position was Vice President of a promotional products distributor that was one of Inc. Magazine’s 500 Fastest Growing Private Companies.